Welcome to the Rise Limpopo home. We hope you will enjoy your stay.
This initiative is to show what has been neglected in the past, the capability of the province and also to reposition it as a province that is vibrant and alive with possibilities. Not neglecting to celebrate people in Limpopo who are making a difference and representing well. This website will also celebrate people from Limpopo who have contributed positively in whatever spheres they are in and for people born or bred in Limpopo who might have settled somewhere else but continue to hold the flag high.


Did you know ???> The term "Big Five" originated from the hunting jargon for the most dangerous and sought-after trophy animals. The Big Five occur in many of the game and nature reserves in Limpopo.
> Limpopo covers 123,910 km² and is the 5th largest province in South Africa (10.2%). With a populations of about 5,6 million (2005)


> Limpopo Province is the Bread and Fruit Basket of South Africa producing up to 60% of all fruit, vegetables maize meal, wheat and cotton...


> Limpopo is also one of South Africa's richest agricultural areas. More than 45% of the R2-billion annual turnover of the Johannesburg Fresh Produce Market comes from Limpopo.

> Limpopo is the gateway to the rest of Africa. It is favourably situated for economic co-operation with other parts of southern Africa as it shares borders with Botswana, Zimbabwe and Mozambique.


> There are 11 official Languages in South Africa... Limpopo boasts 5 of these in one province i.e English , Afrikaans, Sepedi, Tsonga and Venda
4 comments: 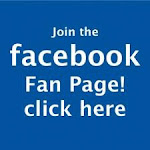